The name Formator derives from a Latin word, which means “he who creates, he who invents”. Formator was born to produce and process special glasses. The immediate goal was to produce in order to export towards foreign markets and to focus on high-end projects.

Among these special glasses there is laminated glass, glass shaped with particular shapes, screen printed glass, heated glass, thermochromic glass, glass with PDLC film and so on. The naval sector accounts 40% of our turnover, while the remaining 60% is given by construction projects, especially high-end construction, with high-performance glass and smart functions.

One of the latest and most important creations that makes use of Formator glass is the New York Vessel, an iconic building that has already become a tourist attraction, which follows equally the well-known and important creations such as the London Shard, with its 310 meters is one of the tallest skyscrapers in Europe, but also the Doha Airport in Qatar and the Tour Odeon in Monte Carlo.

These are not of course random results, but the result of attention in research and innovation, attention to an increasingly demanding type of customer, who is not satisfied with compliance of the standards, but asks for visual and aesthetic perfection.

Perfection is not obtained randomly, but achieved by choosing absolute quality partners and collaborators. Moreover, being the tempering furnace the center of the entire production chain in glassworks, when Formator had to choose how to replace its first tempering furnace with something that was able to meet the standards of the present and the future, it had started a severe and meticulous research that took several months.
Let’s hear how this research was carried out and to what results it brought, from the voice of Robert Miklus:

“We made specific and very demanding requests, because we wanted a furnace that was able to satisfy the most demanding customers, not only today but in the next 10 years to come. At the end we chose Mappi, an ATS 4.0 furnace. We chose them because they were the only ones who, besides respecting our requests in terms of technical performance, also guaranteed these specimens in writing. Today, after 6 months using this furnace, we can say that the machine not only meets the performance standards we wanted, but it goes far beyond our wildest expectations. ”

“It goes further for what concerns the quality of the glass, which has no defects even in case of square formats or with irregular shapes, traditionally the most difficult; for the ability to manage very thin sheets and this has opened up important new market opportunities, as well as minimizing and almost completely canceling, the defects of the glass; for productivity, definitely higher than our previous oven; for energy saving, because this furnace, despite being 30% larger than the previous one and with convection, has lower consumption”.

It seems a flattering review, especially considering that it comes from those who should offer the market not glass, but special glass of the highest quality. Is there anything that could be improved?

“Honestly not. I don’t want to omit some aspects that, even if they do not directly concern the machine, are equally important. The furnace was assembled in a record time, on 7th August 2019, the first container arrived with part of the components and on 7th September after only one month, hardened glass was already being produced. Amazing! Equally amazing was the technical support, the assistance to the solution of every slightest mishap, but above all helping us make the most out of the potential of this machine. We are perfectionists and maybe in a few months we will raise the bar even more, but today we have nothing to say: Mappi left us speechless.” 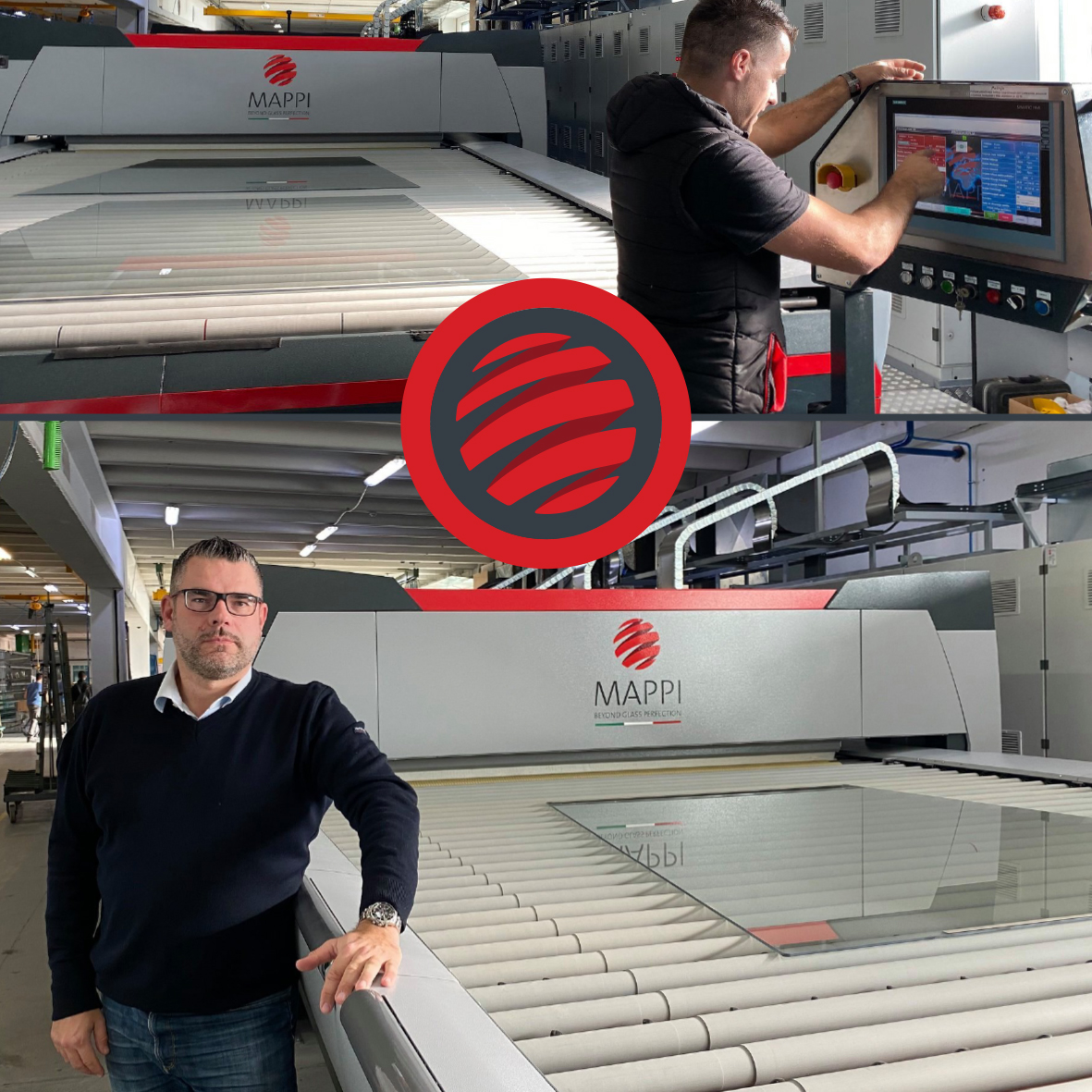